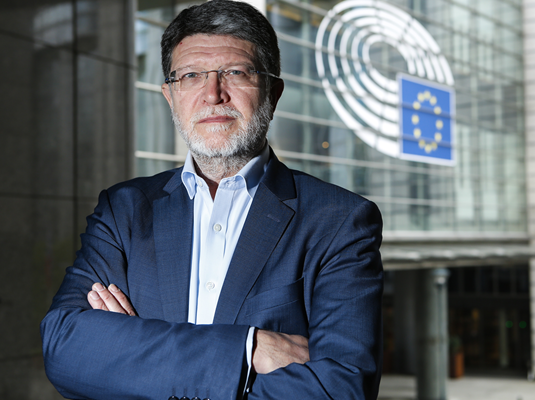 In the latest newsletter, we present a short overview of the projects and activities of the Member of the European Parliament Tonino Picula from August to the end of 2020

We wish to introduce you to a newsletter with a brief overview of the activities from August until the end of December. During these months, I have started working on an exceptionally important report on the impact of the use of cohesion funds for energy transition of the less developed European regions, including Croatia. In addition, I worked on ensuring more funds for energy transition of Croatian islands in accordance with the European Green Deal and the Union’s programs during the implementation of the seven-year budget 2021-2027.

Furthermore, I participated in discourses on restoration of relations with the US after the election of the new president Joe Biden. I have also discussed EU enlargement on the Western Balkans, which was unfortunately slowed down by open extortions of autocratic leaders of some members of the Union. I have publicly and continuously promoted the reign of law as the fundamental condition for using European funds. There has been a certain, satisfactory success that binds Croatia as well. In that sense, we can interpret it as a safeguard for the protection of the rule of law in our country as well. I also received two significant awards, as the most influential Croatian MEP and the second most influential MP in general for foreign policy.

Nonetheless, there will be more about it further in the newsletter. Now, however, something more about the year behind us. The EU was not ready for the COVID-19 pandemic. In the first response to the crisis, there was no solidarity, not only with our neighbors, but also among the country members themselves. Political, financial and logistical reactions have been delayed, showing that the Union's slow decision-making reflects its complexity. This in fact accentuates the arguments in favor of a more influential role of the European Parliament, as the only body of the Union with direct electoral legitimacy of citizens. Withal, this year Zagreb survived a severe earthquake from which we will be recovering for a long time.

Still, if we draw the line at the end of the year and consider where we are as a member of the European Union, it should be emphasized that Zagreb has been provided with 683 million euros from the European Solidarity Fund for Reconstruction. An advance of almost 89 million has already been paid. After the tragic earthquake in Petrinja and its surroundings, ambulances were delivered from a number of members and neighbors to mitigate the most direct consequences and help our fellow citizens. On the other hand, our system for civil protection and assistance has failed once again.

In the seven-year budget and the Recovery Fund, more than 20 billion euros are intended for Croatia, that is, employment programs, environmental protection and energy transition, scientific research, social services, farmers and other beneficiaries. It certainly reflects the benefits of membership. And at last, a more personal note. I do hope that in this difficult year, you and your loved ones have managed to preserve your health. May you succeed in 2021 as well. As a first step in that, I wish you happy holidays, and in the new 2021 a lot of health, success and love.