Picula: EP continuously supports Montenegro's path to the EU, but progress is slow and the new government must do more 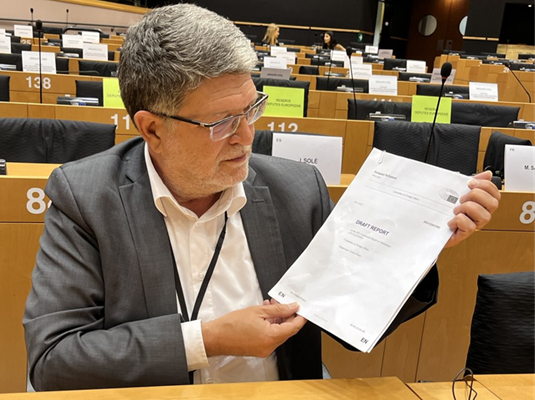 Today, the Committee on Foreign Affairs of the European Parliament adopted the Progress Report on Montenegro, authored by Tonino Picula

"Montenegro is at the forefront of enlargement policy in practice and this fact must not be ignored when discussing the acceleration of the process of granting candidate status and accession to the European Union. At the same time, it should be emphasized that since the last annual report, Montenegro has made almost no progress on its European integration path. Unfortunately, no chapter has been closed since 2017 ", said Tonino Picula, Croatian Member of the European Parliament and EP Permanent Rapporteur for Montenegro during the presentation of the Report, which was voted today with 64 votes in favor, 7 against, and 4 abstentions.

This is his second progress report on the country since serving as standing rapporteur.

The report once again expressed continued support for the European integration of Montenegro and its citizens, who support membership in the European Union in an extremely high percentage. However, all obstacles to progress and implementation of reforms were noted. "The report is also an expression of the unanimous position of pro-European political groups in the European Parliament on shortcomings that need to be addressed quickly, but also hope that the new government will not face the problems of the old one, which means greater efficiency and continued support for the Assembly."

He added that the negotiating structure has not been functional for a long time, and to make progress, a complete and efficient negotiating team is needed.

On the one hand, the Report highlighted concerns about persistent political tensions within the executive and legislature, insufficient progress in judicial reform, and the prevalence of corruption - two key reforms requiring legislative support, as well as limited progress in the area of media freedom, in the fight against corruption, against disinformation, hate speech, harassment on the Internet, politically biased reporting, and foreign influence in the Montenegrin media.

On the other hand, it welcomed certain progress made in the fight against organized crime and international police cooperation and, more importantly, Montenegro's continued and full alignment with the EU's common foreign and security policy, including EU sanctions on Russia and its active participation in missions and operations under the EU's common security and defense policy.

Finally, the Report calls for a constructive and inclusive political dialogue with the commitment of all parliamentary parties to make progress on related reforms and to strengthen the functioning instead of boycotting state institutions.