Visa waiver probably after US election 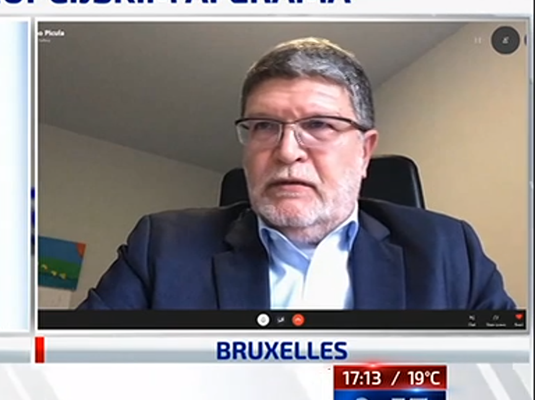 Speaking on N1, Picula commented on the arrival of the US secretary of State in Croatia, the SDP election, and the JANAF affair

Croatian MEP and standing rapporteur for relations with the USA Tonino Picula made a guest appearance in the N1 TV Newsroom and commented on the US Secretary of State Mike Pompeo’s visit to Croatia last week and the announcement of the abolition of visa regime with the United States.

“I have been asking the question about the abolition of visas for Croatian citizens since I became a member of the European Parliament to all American ambassadors who were delegated here in Brussels. The condition has always been the same, that the percentage of denied visas falls below 3 percent. We then found ourselves in the company of five countries that were supposed to obtain visas. I believe that today we are quite close to the abolition of visas for Croatian citizens, however it is obvious that this is related to some other open bilateral issues between Washington and Zagreb, in addition to some other expectations. I presume that we will still have to wait for the outcome of the US elections”, Picula estimated.

When asked by the host Domagoj Novokmet about the reasons of Mike Pompeo’s visit to Croatia, Picula highlighted that his whole European tour was an opportunity to revise open bilateral issues, and for Croatia it is especially important to solve problems such as double taxation, despite the further Pompeo’s attempt to substantiate Donald Trump’s foreign policy agenda. Picula believes that one of the priorities was Pompeo’s emphasis on the American opposition to Chinese presence in the region and that it is good not to completely comply with American requests. “The attitude of this American administration towards the EU is problematic in general, and the relations between Washington and Brussels have reached a particularly low point, which is why we need to keep distance towards American demands”, Picula stated.

Speaking about the outcome of American elections, he explained that the interest of the whole world is still high because the influence of the USA on global relations is after all enormous. “In the last 4 years Trump has managed to pull out the USA from the whole series of areas and processes that have previously given a great contribution. They made international agreements which were obstructed by Trump in the end. This has opened up space for other actors who do not practice democratic values domestically, nor a healthy bilateralism toward the rest of the world. If he wins this election and continues his practice, neither the global order nor the European Union will benefit from it.

“Last week, the EU extended a hand to the Western Balkans. The European Economic and Investment Plan has been presented. The funds intended for the Western Balkans are worth around 9 billion euros, with an investment potential exceeding 20 billion euros”, Picula informed, speaking about EU enlargement plans. The priorities of these investments consist of improvement of infrastructure, primarily transport, then the energy transition of the region, green and digital transformation, while trying to prevent the outflow of young and qualified people to the west. Picula also referred to the situation in the SDP, corruption scandals, that is the JANAF affair and Agrokor. Picula considers them “a meeting point or a mirror of the poor state of our local government”, adding the example of local sheriffs, who can do whatever they want in their areas. He also stated that the problems are also public companies that parties use as they please.

“The scandals are a reflection of the situation in public companies, which are particularly convenient objects of the so-called party democracy”. Picula points out that such scandals affect the already poor trust of Croatian citizens in the justice system. “Croatian citizens are among the most dissatisfied with the work of the judiciary. This is not in vain. Croatia has a judiciary that needs a certain reform in order to restore confidence. Our EU membership, and all the economic benefits provided to us will remain underutilized until the judiciary is properly brought to work”, Picula explained.

“The lifestyle of individuals should not be problematized if it does not clash with the law. However, if those individuals are holders of serious public and political functions, then of course they come under public scrutiny and in Europe, at least very often, such behaviours are sanctioned”, Picula commented on the fact that the three current ministers had joined Kovacevic’s informal club. As for President Zoran Milanovic and whether he is afraid of a certain disclosement, Picula says that he cannot comment on it, and as for the president's character, Picula told: “Milanovic is well known to the public, he did not come from the vacuum to the position of President of Croatia. A fair part of his political career has comprised some conflicts. Therefore, his current actions on the position of president should not come as a surprise”.

He also commented on the current condition in his party. “In the last 7 or 8 years, the SDP has been the scene of various internal clan conflicts. Of course, the defeat in July unleashed additional dissatisfaction in the party and it seems to me unfortunate that the democratic and inventive election of the new president and leadership have fallen in the background due to the feeling that some of those war axes during 2019 have been quite shallowly buried and the handles were left somewhere above the ground”, Picula emphasized.