The responsibility for Žalac lies with Plenković 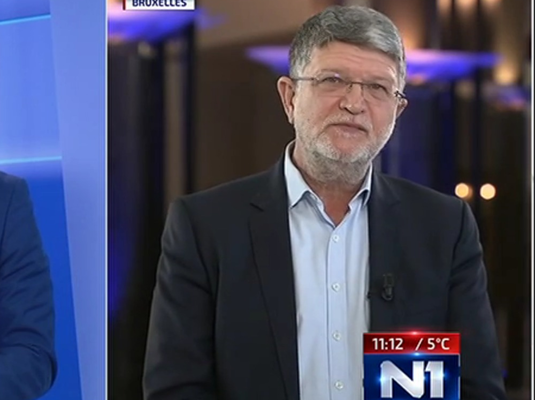 Croatian Member of the European Parliament Tonino Picula was a guest on N1 television this morning, where he commented on the Žalac affair and the slowdown in the EU enlargement process

“The European Public Prosecutor's Office is a new institution set up with good reason - it has long been clear that there is money manipulation in some parts of the EU that should help foster less developed parts of the EU. Instead of going where it was primarily intended, it goes into private pockets. We in Croatia have long been at the bottom of the scale of the use of funds. Obviously, the level of absorption of these funds at the individual level is much better”, Picula commented.

Asked if the affair could jeopardize ongoing and future projects, he said a more serious retroactive analysis is likely, but it is difficult to say whether it will jeopardize the agreed projects. “This is a warning to anyone who has similar ambitions that the punishment will follow.” He hopes that what is happening - police and judicial activity against four Croatian officials and entrepreneurs - will encourage reflection on the responsibility of bodies that failed to process what was clearly apparent. “I believe that Uskok will also reflect carefully about how they treat this category of cases. As for the prime minister's speech, it is a strategy to relativize the minister who was his choice. This will certainly have a criminal-legal epilogue, but it must also get a political one”, said Picula.

“Former Minister Žalac is Plenković's personal choice, and she has compromised her position. To say she is great at her job is politically irresponsible. The path of political responsibility leads to his door,” he added. As for the incident in Belgrade, he says that the incident is that the authorities in Belgrade tried to interrupt the citizens who wanted to abolish the mural for Mladić.

"I believe the principle that politics, regardless of it's best intentions, has no right to change people but change the conditions in which they live, for the best"
- Tonino Picula
"Those against every reform is a coward and those for every of it is an adventurer"
- Rufus Kurcije
"Do what you can, with what you have, where you are"
- Theodore Roosevelt
"In my Europe, Croatian producers have my support and their products access to customers"
- Tonino Picula
We use cookies to give you the best online experience. By using our website you agree to our use of cookies.
Accept