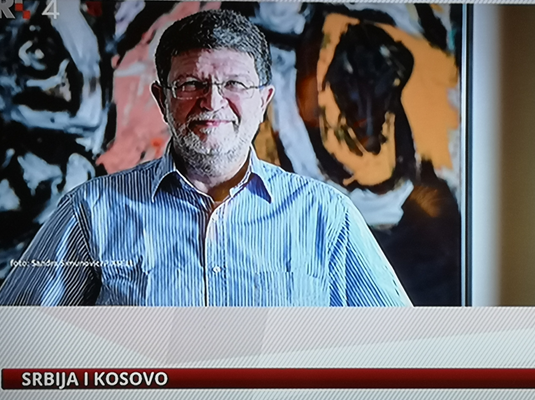 Tonino Picula, Croatian MEP and standing rapporteur for relations with the US and Montenegro made a guest appearance in the show “U mreži prvog” commenting on the question of normalization of relations between Serbia and Kosovo, certain repercussions of the Serbian President’s Aleksandar Vucic visit to the White House and recent elections in Montenegro

When asked by host Jelena Mikovčić about the intensification of the dialogue between Belgrade and Priština, and involving the United States in the process, Picula commented: The question remains whether this agreement is really a boost to the dialogue that has been perished for years or will it be remembered as a kind of encounter on the sidetracks. Each party has signed its own type of agreement and this is not a document that equally directs signatories towards the same goal. President Trump has only signed a statement welcoming that signing.

He added that the meeting has raised some unexpected questions and that the EU has known in advance about the economic side of the agreement. He stated that the event brought to the fore some unexpected developments, such as the relocation of the Serbian embassy in Jerusalem along with mentioning of undesirable telecommunications systems and the diversification of energy supplies.

Presidents Vucic and Hoti were “side players” here. Donald Trump organized this meeting for the purposes of his election campaign, playing on the foreign policy card, Picula analyzed and added: The fact is that this document cannot essentially lead to something already occupied by another process, and that is the Brussels process between Belgrade and Pristina, but it should in a way remain remembered as an attempt of the United States to get back to the course that demands a certain role from the States.

As for the opinions of Brussels concerning resolute statements of the President Vucic, Picula stated: If Vucic’s statement that during the visit to the White House, as he says, he brutally and definitely rejected the possibility of Serbian recognition of Kosovo and that everything stops at a certain economic normalization of relations, then he must count on the fact that the maximum in the relation between Belgrade and Bruxelles will be economic cooperation and not Serbian membership in the European Union. When the EU refers to the comprehensive direction of a legally binding contract, it does not constrain it. Of course, the imperative of Serbian recognition of Kosovo simply leads to the finalization of a process that started in 2013 both for Serbia and Kosovo, and according to the protagonists, leads to membership in the European Union. Serbia has opened half of the negotiation chapters needed to join the EU, Kosovo has not yet begun negotiations, but for both states EU membership remains the true imperative of domestic and foreign policy. This implies the fact that no one is expecting a miracle to happen from Monday to Friday, that is Serbian recognition of Kosovo, what in the end was evaded by another five country members, but after economic normalization, every step would lead closer to the recognition.

As for the recent visit of the Serbian president’s recent visit to the United States, Picula analyzed: Unlike the Brussels talks, which continued last Monday and lasted shortly, but for the first time reaching agreed conclusions, the Washinton talks will be remembered much more for curiosities than for political content which would determine the completion of the process that we still call the Brussels process, in other words, dialogue between Belgrade and Pristina.

According to indicators that are being waged regularly, Serbia has the lowest level of compliance with the Union’s foreign policy among all candidate countries and based on the most recent information it sums up to 57%. This is reflected by the heterogeneity in the Serbian foreign policy given the fact that it tries to fulfill expectations but is sending signals in different directions that are, of course, quite divergent. Certainly, it is difficult to reconcile one's own foreign policy with that of, say, China, Russia, and with the interests and expectations of the Union.

Finally, Picula as a standing rapporteur for relations with Montenegro drew special attention to the parliamentary election in that country. Western Balkans are often remembered as a region where many turbulent and even violent changes have taken place, resulting in problems that had to be dealt with by the European Union. It may even be that the situation in some parts of the Balkans has been too stagnating in the sense that it has not comprised any transition of power. Democracy is desirable, even natural, the same as the replacement of one government after a democratic election. In Montenegro, no such thing has happened since the establishment of a multiparty political system, which left the stakeholders in Montenegro and partners in Brussels in a kind of suspense regarding impending outcomes. I believe that the citizens of Montenegro wanted to change the internal political picture by the high turnout, and not change the foreign policy position of Montenegro or its orientation insofar, as it entails NATO membership and successful negotiations with Brussels. I hope that not only the foreign but also domestic policy of Montenegro, which is expecting its turn after the formation of the new government, will adjust to these developments.