The crisis in Ukraine requires a resolute de-escalation 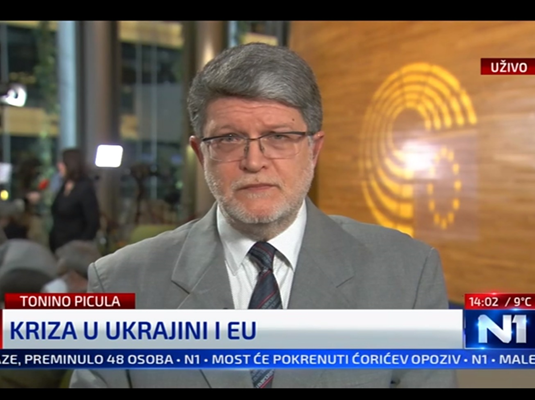 Croatian Member of the European Parliament Tonino Picula commented on the current crisis in Ukraine on N1 television on 16 February, concluding that the West had withstood the stress test and maintained a united stance.

"It has grown from a local to a threat to European and perhaps global security. The situation must de-escalate and we welcomed the opportunity to do so quickly. It is difficult to assess whether this is a de-escalation of the crisis or a break between the two crises", Picula analyzed.

He believes that the presidents of the clubs in the European Parliament have done a good job and will continue to support Ukraine: “The EU summit sounded quite decisive, resolute. Some agreements have been reached. I believe that during the day we will approve a package of support to Ukraine of 1.2 billion euros that will help it cope with the consequences of these pressures."

As for the messages sent by Russia and fears of a potential invasion of Ukraine, Picula said: "It seems to me, when I hear comments from the Russian media and top politicians, that this is a kind of forced sarcasm because the unity of the West has been proven. I think a rational approach to the problem prevailed. Their maximalism cannot be accepted, but Russia should be kept at the negotiating table. There are very rational proposals for military activities and I think that is the way to go."