When will you unblock Croatia's entry into OECD? 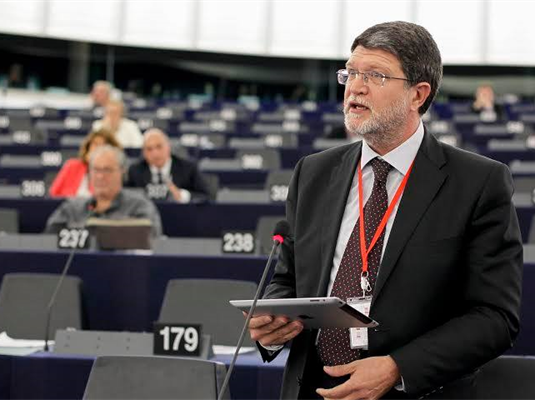 MEP Tonino Picula asked the European Commission for support regarding Croatia's joining the OECD and asked how will they react to the fact that Croatian membership is being blocked by Slovenia and Hungary.

European Commissioner for Trade Cecilia Malmström in her response reminded that "regarding OECD's enlargement the EU's position remains the same since 2007: all EU Member States that are not OECD members and apply for membership, should be recognised as eligible to join the OECD and expressly included in the accession process. This is the point of view that the European Commission, as an EU representative in the OECD, and other Member States advocate in the OECD enlargement debate and regret the fact that two Member States departed from it".

MEP Picula is extremely pleased with her reaction: "This kind of response from European Commission confirms once more that threats and blockades between Member States are not and cannote be a way of solving bilateral problems between the European Union", Picula said and emphasized that Croatia took all the necessary measures to meet the formal membership criteria, and last year in June, it was accepted into the OECD Competition Committee. Although Croatia is not a member yet, it cooperates actively with the OECD in economic and development matters and in several other fields.

Commissioner Malmström also considers that Croatia fulfils the criteria to start accession talks for the OECD membership and is well placed to join this organisation in the light of the sophistication and demands of the EU acquis.

You can read MEP Picula's question as well as Commissioner Malmström's answer on the link.

"Do what you can, with what you have, where you are"
- Theodore Roosevelt
"In my Europe, Croatian producers have my support and their products access to customers"
- Tonino Picula
"Those against every reform is a coward and those for every of it is an adventurer"
- Rufus Kurcije
"I believe the principle that politics, regardless of it's best intentions, has no right to change people but change the conditions in which they live, for the best"
- Tonino Picula
We use cookies to give you the best online experience. By using our website you agree to our use of cookies.
Accept