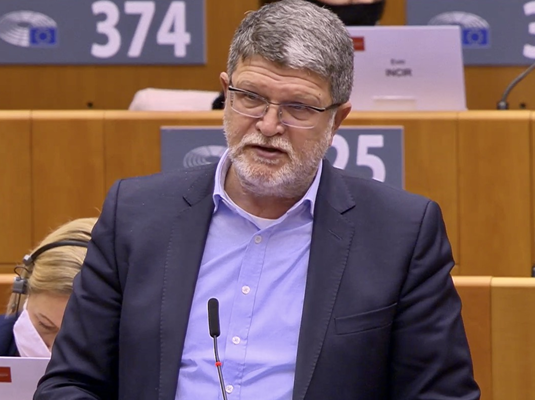 Croatian MEP and S&D Foreign Affairs Coordinator in the EU, Tonino Picula gave two speeches at the plenary session of the European Parliament on October 7th on topics of high importance for the European Union's foreign policy.

Below is his enunciation.

Firstly, let me express my utmost concern about the eruption of renewed military hostilities between Armenia and Azerbaijan, both in the Nagorno-Karabakh region and along the line of contact. The fighting must stop immediately and all sides of the conflict must return to respecting the ceasefire agreement, without any delay and without any preconditions. As S&D, we have repeatedly appealed to refrain from any actions and also from any rhetoric that may fuel tensions between Armenia and Azerbaijan. Today, we urge to stop the fighting and return to negotiations. There is no other path to solving the conflict than to return to the negotiating table under the chairmanship of the OSCE Minsk Group. The principles of the UN Charter, the OSCE Helsinki Final Act, and the 2009 Basic Principles continue to be the guiding principles for a solution to this conflict. With the role of Russia as a mediator diminishing, we must expect other partners to contribute to the same goal. This is especially important given the reports about the presence of mercenaries sent by Turkey. Seems that many if not most of our foreign policy challenges at external borders have Turkey as a common denominator and cause. The latest actions are yet another clear sign of Ankara’s depart from EU values and international law standards.

About Iran and the EU:

JCPOA is an unmatched diplomatic achievement of the EU, but it seems to be an even bigger challenge to maintain it. The EU has committed itself to its survival and full implementation. As some would add, the deal is still alive but could be in better health condition. Hopefully, the US will soon enough return to the deal and towards the restoration of multilateralism in general and Iran will also uphold its commitments as stated in the Treaty. Our support to the nuclear deal, however, does not mean that we should be shy calling on Iran for its role in conflicts in Syria and Yemen, its actions in the Strait of Hormuz, and attacks on U.S. troops in Iraq. We are most definitely not indifferent towards the situation of human rights in Iran, which is appalling. A Sakharov prize awardee Nasrin Sotoudeh recently was on hunger strike protesting conditions in the prison. A number of dual EU-Iranian citizens are still unjustly detained in Iran. The death penalty is still frequently applied and the latest case of execution of Navid Afkari deserves our strongest condemnation. To conclude, our partnership goes beyond JCPOA and can further develop in areas of common interest. We support the EEAS Iran Task Force and your balanced, comprehensive approach. But today we have to make it clear that if Iran wants continued EU engagement, it needs to dramatically improve its human rights record.

"Those against every reform is a coward and those for every of it is an adventurer"
- Rufus Kurcije
"In my Europe, Croatian producers have my support and their products access to customers"
- Tonino Picula
"I believe the principle that politics, regardless of it's best intentions, has no right to change people but change the conditions in which they live, for the best"
- Tonino Picula
"Do what you can, with what you have, where you are"
- Theodore Roosevelt
We use cookies to give you the best online experience. By using our website you agree to our use of cookies.
Accept