Fisheries and Agriculture Funds to help the vulnerable 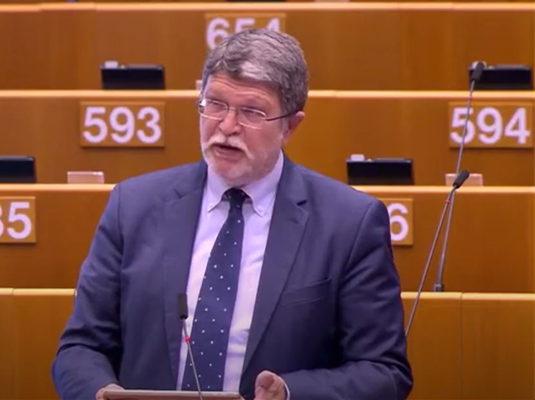 Speaking on packages of measures to combat the corona virus during the European Parliament plenary session, Croatian MEP Tonino Picula said that a common European response to, and exit from, the crisis would require far more resources than the usual annual nation-state allocations to the EU.

"This unfortunate situation should inspire us to act more efficiently and in solidarity even when the pandemic is over. How irrelevant does it seem now whether Member States will contribute one, 1.17 or 1.3 percent of GDP to the common budget",  he said referring to measures to save the European economy.

He gave support to the decision to transfer the remaining Cohesion Funds to mitigate effects of the pandemic while raising the co-financing rate to 100% in the next year. He stressed that Cohesion Funds should be among the last to be cut in the next budget, and welcomed the proposal to use 3 billion EUR to procure medical devices, protective equipment and for supporting medical professional. He also called on the Commission and Member States to look out for unverified ads on social networks and portals, considering offers of masks and disinfectants of dubious quality at inappropriately high prices.

He supported the proposal to divert the unspent funds of the Fisheries Fund to assist fishermen, and proposed the same for funds from the Agricultural and Rural Development Funds. Small farmers and winemakers are already suffering unbearable damage, and adequate measures to mitigate the damage in the tourism sector have not yet been enacted, he emphasized.

"The consequences of the pandemic will obviously be remedied by huge amounts of public money. These funds seek complete transparent spending with serious control over investments and cash receipts. Both at European and national levels. I support the political agreement of the four largest groups to jointly adopt the resolution. Of course, it could have included more elements, but at this point political unity is more important in order to take measures for the benefit of our citizens”, he concluded.

For a full recording of today's speech see the link.

More on the involvement of the European Parliament in the fight against corona virus on the link.

More about the European Commission's financial packages and activities in the fight against corona virus on the link.