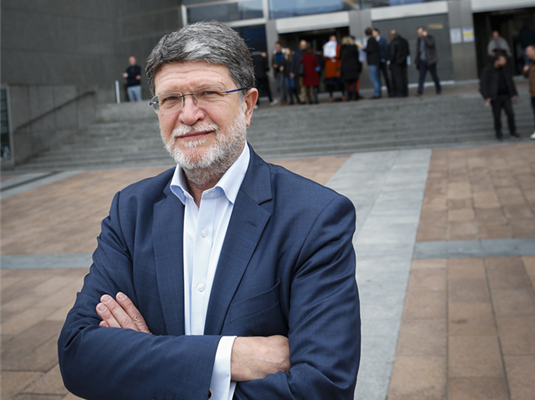 Picula's amendments to the EU budget, worth a total of €4 million, secured funding for the island's transition to clean energy sources.

"Great news is that the Commission, through the European Green Deal - currently the EU's most important document - decided to pay particular attention to rural areas and islands, bearing in mind their exposure to climate change and natural disasters, as well as the exceptional potential for transition to renewable energy they have", said Croatian MEP Tonino Picula from Brussels after the European Green Plan was presented by the European Commission.

Seven months ago, MEP Tonino Picula submitted 2 amendments to the EU budget, each worth 2 million euros, one to continue his initiative to cross the island of clean energy, which he launched four years ago and another to apply the same model to rural areas. Following an evaluation by the Commission, lengthy negotiations within the European Parliament and with the Council, amendments were also adopted through the EU budgets for 2020 and 2021. The appropriations for rural areas are, as for the islands, EUR 2 million over the next two years - a total of 4 million euros.

"We want to apply the successful model we launched on the islands to other areas, in this case rural. Just like the islands, these are environments with huge potential for the transition to renewable energy. There are many common problems that islands and rural areas face, such as depopulation, reduced availability of public and health services, job shortages and other problems that make their internal market less efficient", Picula said.

The aim of the new proposal is to ensure that EU strategies and legislative proposals adequately take into account the challenges of decarbonising European villages and rural areas. In this way, villages and rural areas of the EU can make a significant contribution to achieving the goal of zero greenhouse gas emissions by 2050, ie an energy-neutral EU. The Commission also envisages support for regions that are heavily dependent on fossil fuels and will be hardest hit by climate change. This will be agreed through a special fund under cohesion policy in the new EU long-term budget, the value of which should amount to five billion euros in the first phase of payments and another 10 billion in later payments.

Let us remind you, following the co-founding of the Intergroup for islands in Parliament in 2015, Picula also initiated the creation of an Island Secretariat at the European Commission in 2018, the first working body in the history of the EU dedicated exclusively to islands.First, with his amendments he provided the Secretariat two million euros to support the island's energy transition, and recently adopted its Action Plan with an additional two million euros for expert and technical support to the islands in transition, which entered the new EU budget for 2020.