Enlargement still the strongest EU tool for the Western Balkans 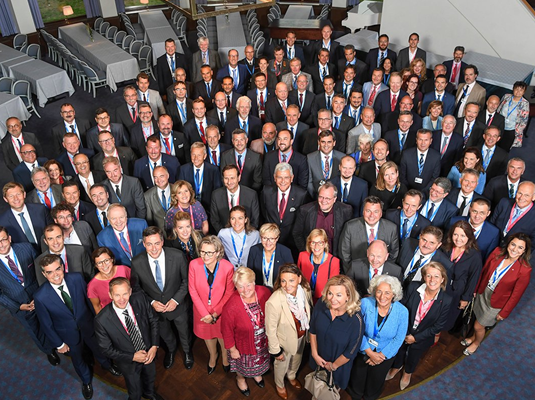 In Helsinki, Picula stressed the importance of the EU membership perspective for the countries of the region.

"Although it has lost a significant part of its transformative power, enlargement policy remains the most effective stimulus for comprehensive political, economic and social reforms in the Western Balkans, available to the European Union", said Croatian MEP Tonino Picula today.

"There is no doubt that the EU is currently facing an unprecedented crisis at its external borders, as well as a number of internal functioning problems. That is why the Union needs proof that it is capable of solving the great problems of our continent in the 21st century, as it did in the second half of the 20th century”, he said. Picula said it was crucial for both Western Balkan and the EU that the countries candidates and potential candidates, to fully implement the reforms they agreed to at the beginning of the accession process to become functional members at the time of accession.

"The Republic of Croatia stressed that enlargement policy is one of the priorities of its EU presidency, which they prove by organizig the EU-Western Balkans summit that will be held in Zagreb in the spring", he said.

As Picula stressed, enlargement policy enables the European Union to promote and insist on important reforms in the Member States. It is important because it shows that the win-win extension is a situation for all the parties involved. It promotes socio-economic cohesion before joining the Union, while at the same time helping to address some of the problems that EU citizens recognize as worrying, such as social dumping and migration. Enlargement policy is also important because it helps prevent and manage potential crisis and conflicts.

"Mediation in reaching the Prespa Agreement showed that the EU still has the capacity to solve major problems, and Picula is convinced that the same is possible for the agreement between Belgrade and Priština. EU membership has thus proved to be a major motivator for reaching an agreement, which is why the EU must be consistent and begin accession negotiations with Northern Macedonia and Albania. In a broader perspective of international relations and EU foreign policy, enlargement policy enables the European Union to play a leading role in the region at a time when Russia, Turkey, the Gulf countries and China are trying to impose their economic and political interests. In the EU internal relations, enlargement policy is an argument against populist, isolationist policies and politicians. Last but not least, it gives the EU credibility and sends a positive message about the Union's own future", Picula concluded.

"In my Europe, Croatian producers have my support and their products access to customers"
- Tonino Picula
"I believe the principle that politics, regardless of it's best intentions, has no right to change people but change the conditions in which they live, for the best"
- Tonino Picula
"Those against every reform is a coward and those for every of it is an adventurer"
- Rufus Kurcije
"Do what you can, with what you have, where you are"
- Theodore Roosevelt
We use cookies to give you the best online experience. By using our website you agree to our use of cookies.
Accept