Sanctions against Belarusian regime without delay 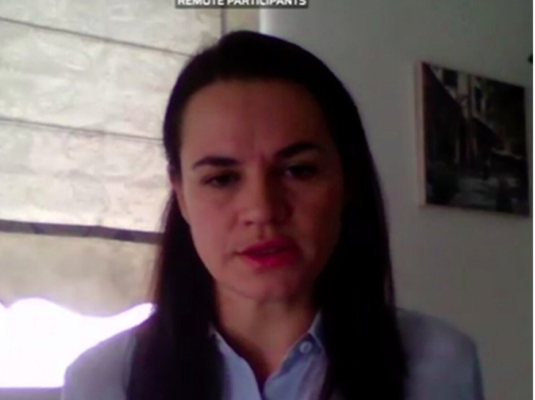 The authoritarian regime of the Belarus president Alexander Lukashenko who has been in power since 1994, has not only massively falsified results of the recently held presidential elections but has used violence, torture, and repression towards its citizens. The European Union has to pressingly initiate a critical evaluation of the situation along with a response. We have already called for targeted sanctions against people responsible for falsifying election results, those responsible for violence against peaceful protesters, and those culpable of repressing their citizens. The sanctions need to enter into force without delay, Croatian MEP Picula highlighted during today’s EP Foreign Affairs Committee meeting.

While addressing Helga Schmid, Secretary-General of the EEAS, European External Action Service, Picula emphasized that the EU needs to reevaluate all political relations with the Republic of Belarus and avoid all possible negative consequences for the citizens who have been through a lot of suffering in the past months due to the COVID-19 pandemic, in addition to the regime’s ignoring that pandemic. He reminded that the European Commission expects Russia to abstain from further inciting violence and repression.

Same is the message that the High Representative of the European Union for Foreign Affairs and Security Policy Josep Borrell conveyed last Friday to the Minister of Foreign Affairs of the Russian Federation Sergei Lavrov after the Belarus President Alexander Lukashenko threatened his citizens with Russian military intervention. As part of the European Union, we must preserve a unified stance, conduct targeted sanctions against the regime’s strongmen and political repressions, offer quick and effective help to Belarus civil society, along with a support to the process of dialogue with authorities, Picula declared during a conversation with Sviatlana Tsikhanouskaya, Lukashenko’s rival candidate on the recently held elections, who participated in a meeting of European Parliament Foreign Affairs Committee.

On behalf of the S&D group he supported the Belarus people in their efforts to achieve democratic right to representation and political participation and emphasized the great courage and persistence of Belarus citizens who have been peacefully protesting against Lukashenko’s authoritarian regime during the past months. Citizens of Belarus deserve to live in a country where their fundamental freedoms and human rights are treated with respect and where human health, safety, and economic and social progress are guiding principles for all of the state’s activities. We cannot acknowledge the results of elections who have not been unrestricted nor fair, where it has not been transparent election monitoring nor respect for international electoral standards. We are horrified by the violence towards peaceful protesters, arbitrary arrests and torture. We demand that everybody is released and all the cases of violence investigated and processed, Picula stated.

"I believe the principle that politics, regardless of it's best intentions, has no right to change people but change the conditions in which they live, for the best"
- Tonino Picula
"In my Europe, Croatian producers have my support and their products access to customers"
- Tonino Picula
"Do what you can, with what you have, where you are"
- Theodore Roosevelt
"Those against every reform is a coward and those for every of it is an adventurer"
- Rufus Kurcije
We use cookies to give you the best online experience. By using our website you agree to our use of cookies.
Accept