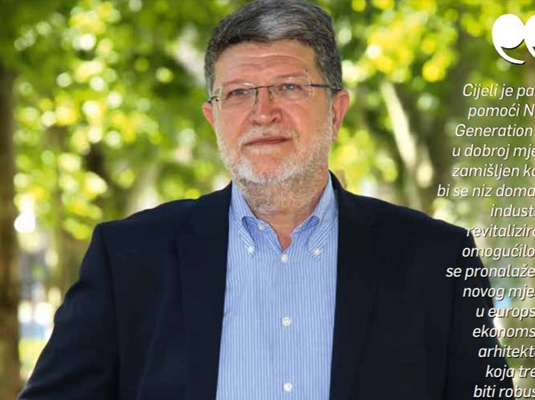 In an interview for Lider, Tonino Picula spoke about tensions in trade relations between EU, USA, and China.

Croatian EPM Tonino Picula and recently elected standing rapporteur for relations with the USA gave an interview for Lider weekly referring to questions such as lobbying, mitigation of consequences of the pandemic on the economy, searing protests against racial discrimination and control over competition between EU, China, and the USA.

Considering the fact that the Croatian public has recently been afflicted by corruption scandals, the Rimac case especially, the lobbying activity and the lack of Law on lobbying in Croatia have been put in the light. Picula thus explained that lobbying in the European Union is an activity that is regulated and defined for more than thirty years, while the processes of drafting proposals on the regulation are precisely accounted for and conducted publicly. He also explained that the EPMs deliver their votes based on value and not nationality, which is frequently wrongly perceived with Croatian citizens.

Considering Germany’s proposal that EU members ought to solidarily sustain debts caused by pandemic measures, Picula declared that the country members are economically interdependent as a part of the largest and most powerful market which, despite being robust, is not immune to this kind of shock. For that reason, the Next Generation assistance package has been created under the optimistic premise that the second wave of the pandemic will not take place, while country members Germany and France have managed to come to an agreement and we are waiting for the start of negotiations. Picula also considers that it is necessary to support the protection of competition, especially taking into account the size of the Croatian market in which regulation needs to be rationally dosed. In that manner the role of cohesion policy will remain crucial, Picula states.

The whole Next Generation assistance package is mainly conceived in order to revitalize a whole series of domestic industries and allow them to find a new place in the economic architecture, which needs to be robust and oriented towards sustainable development. More than ever we are in need of a regionalized economy of supply routes. The world economy will be more based on complementary production and cooperation. A new term has thus been coined - glocalization, he declared.

In the context of Croatian interests, when it comes to the duty of EP standing rapporteur for relations with the USA, the priority questions are the visa liberalization process and double taxation. In so doing, Picula stresses that Washington needs to respect the fact that seventy percent of all investments in the American economy derive precisely from EU member countries.

"I believe the principle that politics, regardless of it's best intentions, has no right to change people but change the conditions in which they live, for the best"
- Tonino Picula
"In my Europe, Croatian producers have my support and their products access to customers"
- Tonino Picula
"Those against every reform is a coward and those for every of it is an adventurer"
- Rufus Kurcije
"Do what you can, with what you have, where you are"
- Theodore Roosevelt
We use cookies to give you the best online experience. By using our website you agree to our use of cookies.
Accept